We are passionate about our region’s tamariki and believe every child should have the opportunity to reach his or her full potential, and that by doing so, they will not only do well, they will also do good.

By changing the course of young lives we can change the course of our community’s future, potentially leading to a reduction in poverty, unemployment, safer schools and neighbourhoods, and a renewed optimism for growth.

Setting out to achieve this, we match young people with suitable adult mentors from our community, and the opportunity to build positive, enduring relationships becomes possible. The difference you can make with one hour, once a week can impact a lifetime.

Mentoring. So Simple, it Works.

give a little in hawke's bay - donate 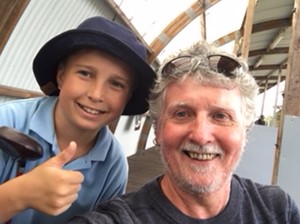 Want to know more? Send us a message! 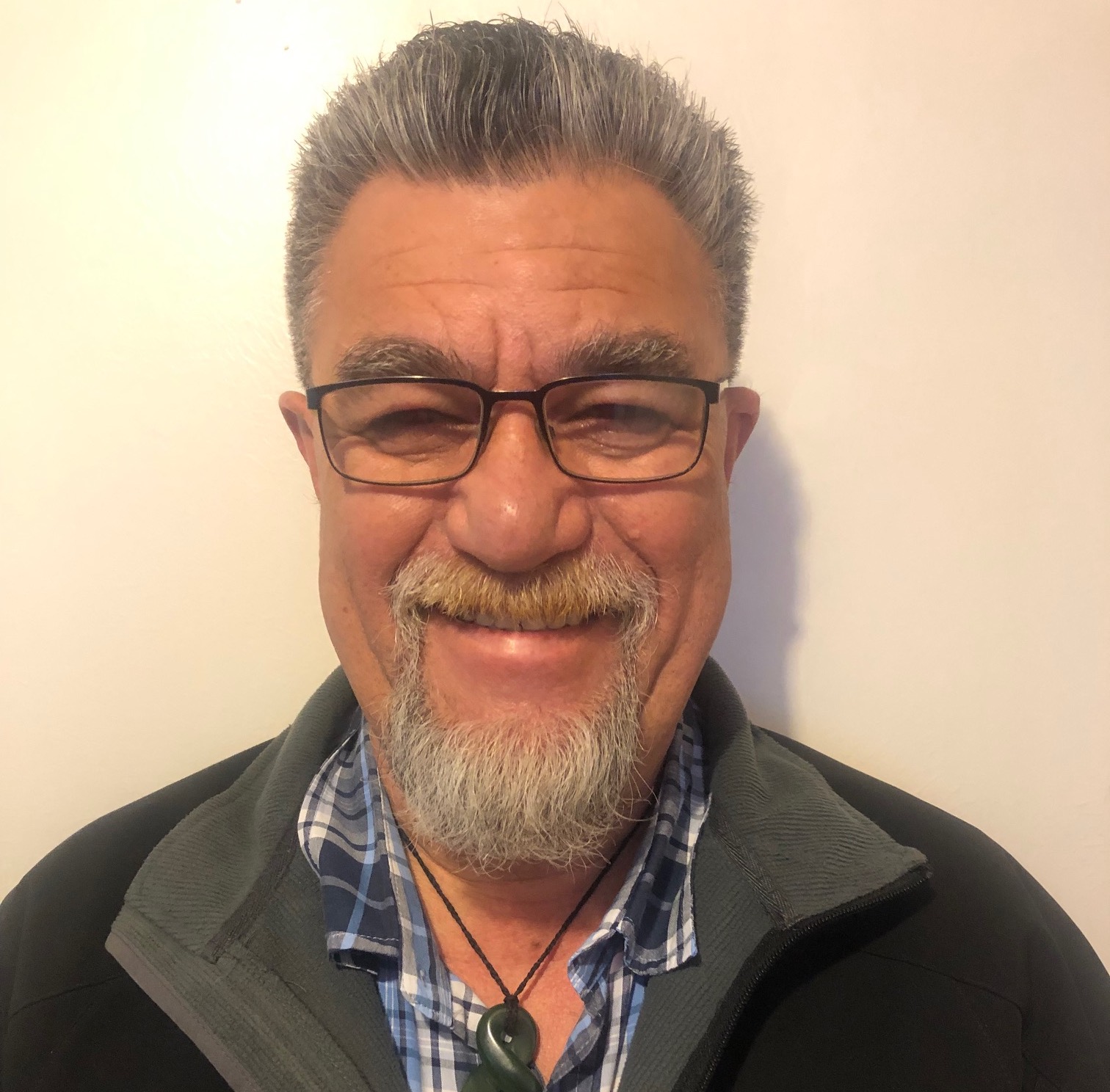 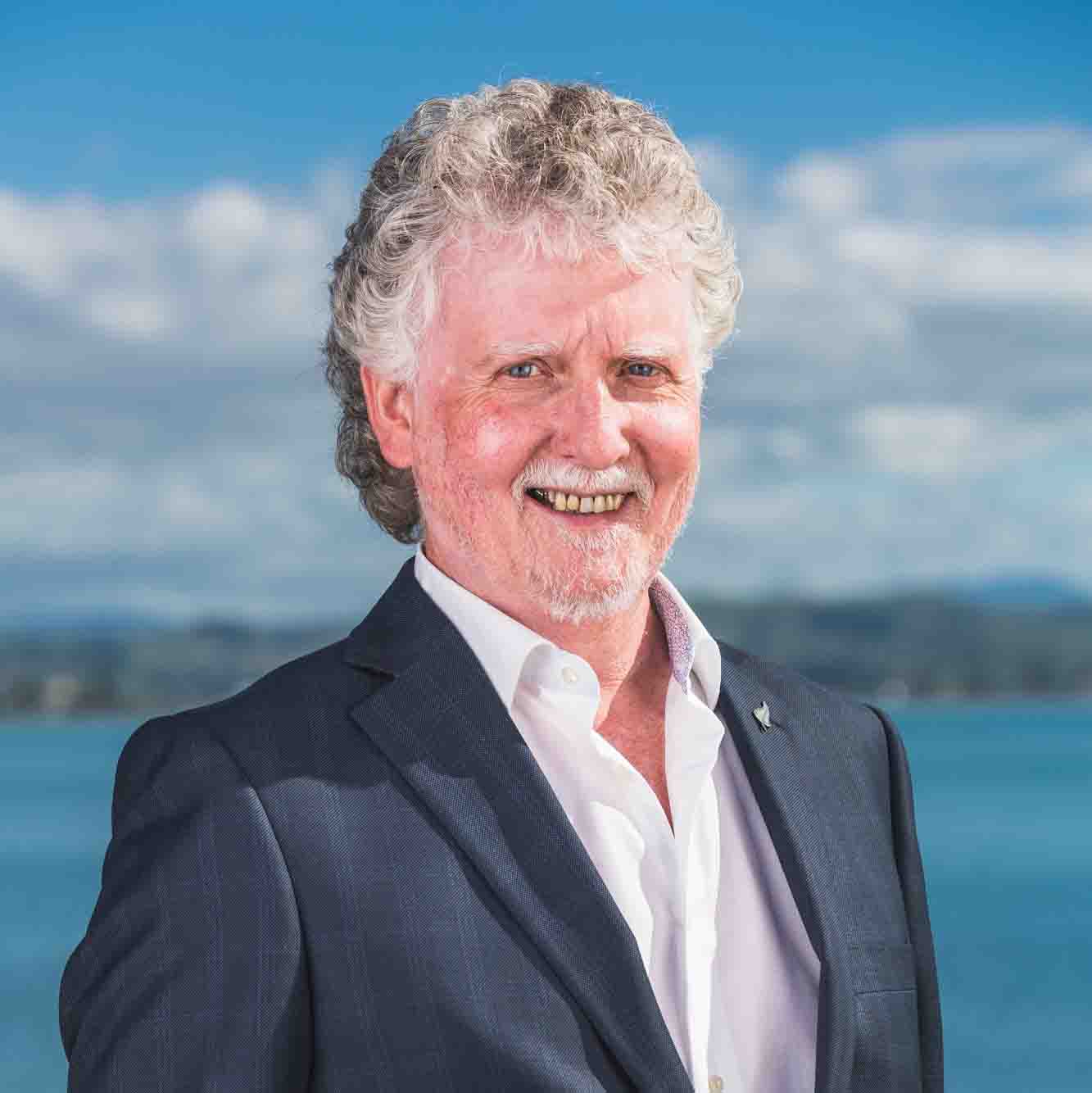 Born in Whakatane and educated in Auckland Jason grew up on the streets of South Auckland in the late 60’s early 70’s. In 1978 he moved to Hamilton and took up a role as Radio Announcer for Radio New Zealand. After 10 years he left to pursue acting work for the McPhail and Gadsby show and did voice work for Sky Sport and Television NZ. Jason was an elected City Councillor for the Nelson City Council from 1989 to 1998, and from 1999 to 2007 he worked for the Corrections Department as a Prison Officer, he worked his way to the rank of Principal Corrections Officer at Rimutaka Prison and Hawke’s Bay Regional Prison. He is currently Tenancy Manager for Housing NZ in Napier. Jason’s interests include trout/sea fishing, music (he plays regularly in a band and busks at a local market). He formed and manages Dogs on Bikes NZ, where dogs accompany their owners on motorbikes to bring awareness, and raise funds for community organisations.

Patricia has extensive experience working with young people across a diverse range of cultures and ages.  Whilst living in the UK Patricia worked as Welfare Officer at St. Andrew’s school and was a partner in a private Business College.  Here, she worked on a government initiative pilot setting up a Youth Training Programme for the development of vocational and personal skills with the aim of getting unemployed youth into work.  The initiative was trialled in the East Anglia region and eventually rolled out across the UK. After working several more years in the Not-for-Profit sector in the UK, she returned to NZ in 1995 where she took up a position with the Heart Foundation, Foundation for the Blind and Lifeline before transferring her skills to the food sector.  Patricia was a mentor for five years with BBBS Hawke’s Bay before becoming case manager.  She has witnessed the positive results mentoring offers young children.​

Alasdair MacLeod is on the Board of several companies including SilverStripe, Napier Port, Optimal Products, and Hold Fast Investments.  Alasdair was a former Partner at Deloitte, with specialist skills in strategy facilitation and business growth. A former Civil Engineer, he completed his MBA over 20 years ago and has worked in a diverse range of sectors within New Zealand and overseas. Alasdair is also a mentor with Big Brothers Big Sisters.  He is passionate about helping youth to define their beliefs, values, and goals in life. When not at work, Alasdair enjoys travel, reading, swimming, running, cooking at weekends, and being out on the harbour.​ 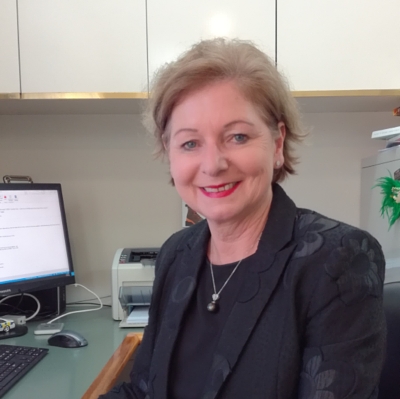 Jane was born and bred in Hawkes Bay, from a farming childhood in Central Hawkes Bay to running her well-established Finance Company in Hastings for the past 21 years. She is a member of the Institute of Directors, an Executive member of the Financial Services Federation since 2009 and Chairs’ their Fraud Working Group. Her Finance Company provides small personal loans to predominately Pacific Island and Maori people in Hawkes Bay and adheres to the Responsible Lending Code, CCCFA and AML/CFT regulations that governs the way finance companies must lend money. She Is passionate about her region and has the energy and drive to work on Community matters that can make a difference, no matter the class or creed of the individual making Big Brothers Big Sisters Mentoring Programme an excellent fit to her wanting to make a positive contribution to our community. She has recently taken the role of Chair with positivity and certainty for a bright future with this valuable programme. 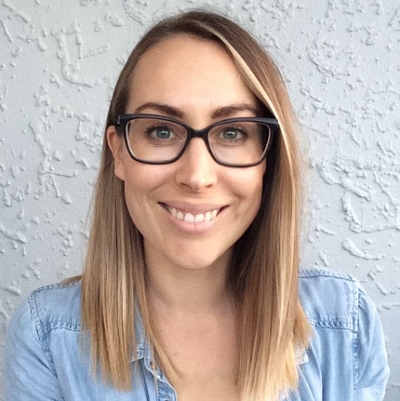 Bonnie is a busy mum to two young children and lives by the beach in Hawke’s Bay, which she absolutely loves.  Raised in the Bay, Bonnie and her husband firmly believe this is the best place to raise their children.  Bonnie feels very proud and privileged to be working for Big Brother Big Sisters, alongside another part time job with a different charity.  Bonnie believes in the mentor program and knows how important it is for kids to have positive role models to look up to.  When she looks back on her childhood what stands out as being a positive influence were not so much her peers, rather the older people outside of her network and home that were kind and caring.  There is a really big demand for BBBS Hawke’s Bay and she enjoys helping to raise the profile in our community. 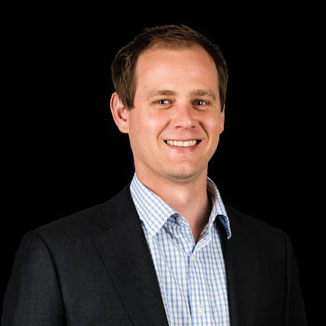 Ben is a Chartered Accountant and Director of accounting and business advisory firm Moore Stephens Markhams Hawke’s Bay Ltd. Ben works closely with a wide range of small to large scale business entities across a range of industries.  Ben has a specific focus and interest within agribusiness, where as a trusted advisor he has played an integral part in developing agribusiness strategy and supporting technological advancement. When not at work, Ben enjoys hunting, reading, travel and spending time with family and friends​. 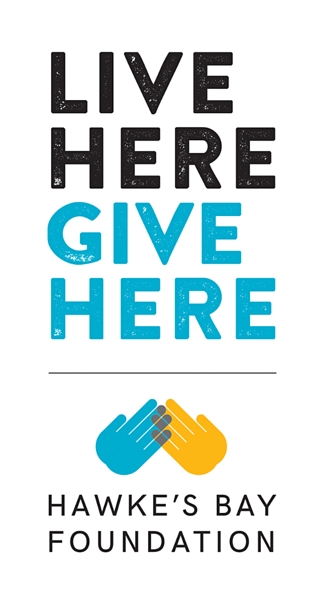 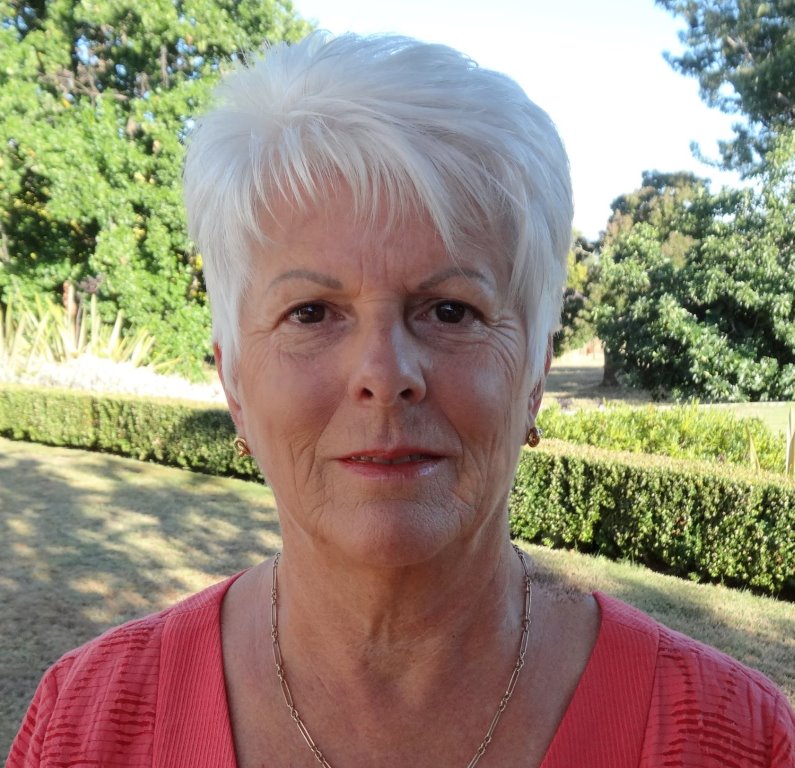 Lyn recently retired and was looking to spend some of her leisure time productively. With two children and four grandchildren, a Charitable Trust that offers an opportunity for young people to be given the support that BBBS Hawke’s Bay offers is dear to her heart. Lyn is a firm believer in giving young people a hand up in life and sees mentoring for youth as a  positive benefit they can take into their future life. Lyn has been a Trustee with the Hastings Foodbank Trust for 12 years and is also involved with Hastings Hearing and CAB Hastings.  She thoroughly enjoys being involved with BBBS Hawke’s Bay. 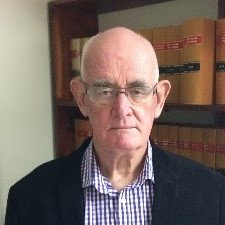 Born in Greymouth, John graduated in 1954 with a law degree from Canterbury University and has been a solicitor in private practice since 1984. He was appointed as lawyer for the child in family court matters, lawyer for the subject person, and youth advocate. He is honorary solicitor for Mahana (Alzheimer’s society), a former trustee for the Dove Financial Trust, and was a founding committee member of the Wellington Branch of the Muscular Dystrophy association. Out of work John likes cycling and fly-fishing, not at the same time. In his youth, John played basketball and was a rower.​

Community-based mentoring is the traditional Big Brothers Big Sisters relationship. It happens after school or on the weekend. It’s when an adult volunteer (over 18) and a young person (aged between 6 and 11) spend one-to-one time together doing things they both enjoy out in the community once per week.

When you donate to Big Brothers Big Sisters Hawke’s Bay, you directly support tamariki (young people) in our hapori whānui (wider community). Even a small amount can have a huge impact in making a difference in the lives of the tamariki around you.​ 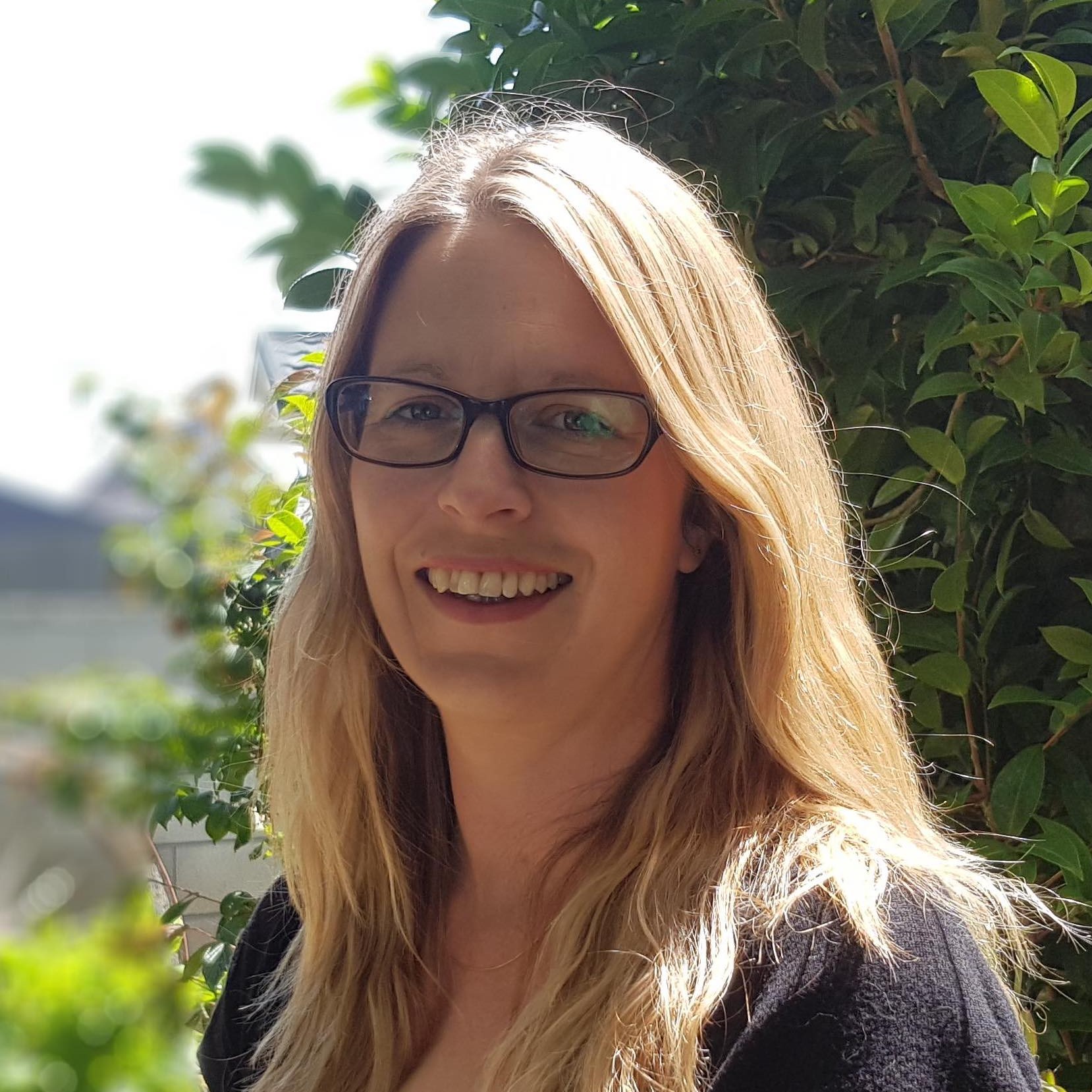 Kath has a passion for seeing young people empowered in their lives, and believes  Big Brothers Big Sisters of Hawke’s Bay is a fantastic support in having them achieve this. She has seen results first hand when young people are empowered; they are confident in their choices, responsible for their lives, and can deal effectively with what life throws at them.
Kath’s career path has seen her working in marketing for over 20 years, during which time she undertook a Bachelor of Education. Using these skills she opened her own digital marketing business in 2014 and also taught young people online skills. With a 17 and 14 year old of her own Kath juggles family life with her passion for making a difference and leaving a sprinkling of inspiration with people she meets.​ 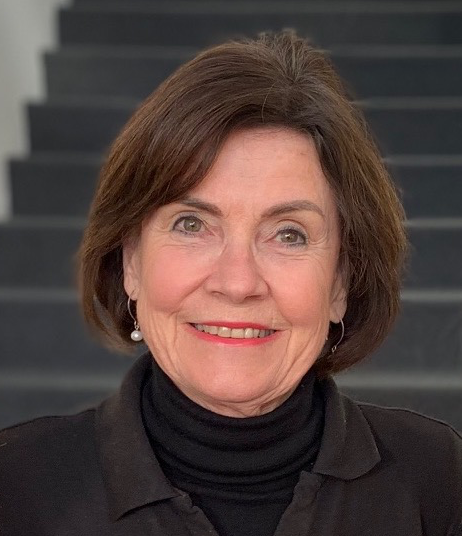 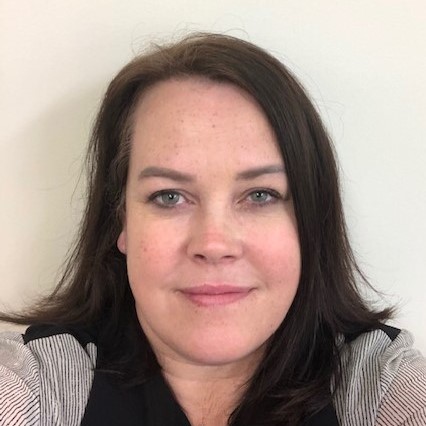 Born and bred in Hawkes Bay, Louise Winhall is currently an Administration Manager at WoolWorks New Zealand. She holds a Bachelor’s degree in Psychology from Massey University and certifications in counselling, including specialist areas such as Neuro Linguistic Programming and Cognitive Behaviour Therapy.  As at 2021, she is working through a Diploma in Business Management.  Louise has volunteered as a counsellor for Lifeline previously and considers helping people as one of her strengths and life goals.   She considers herself a lifelong learner and understands the impact of positive role models in the life of children and the effects that growing up without positive influences can have. Married, with one dog, her current vocational focus is on improvements via technology and automation, with mental health in the forefront, as well as efficiencies and growth.  Louise also enjoys indulging creativity, travel, reading, movies, gaming, and learning. 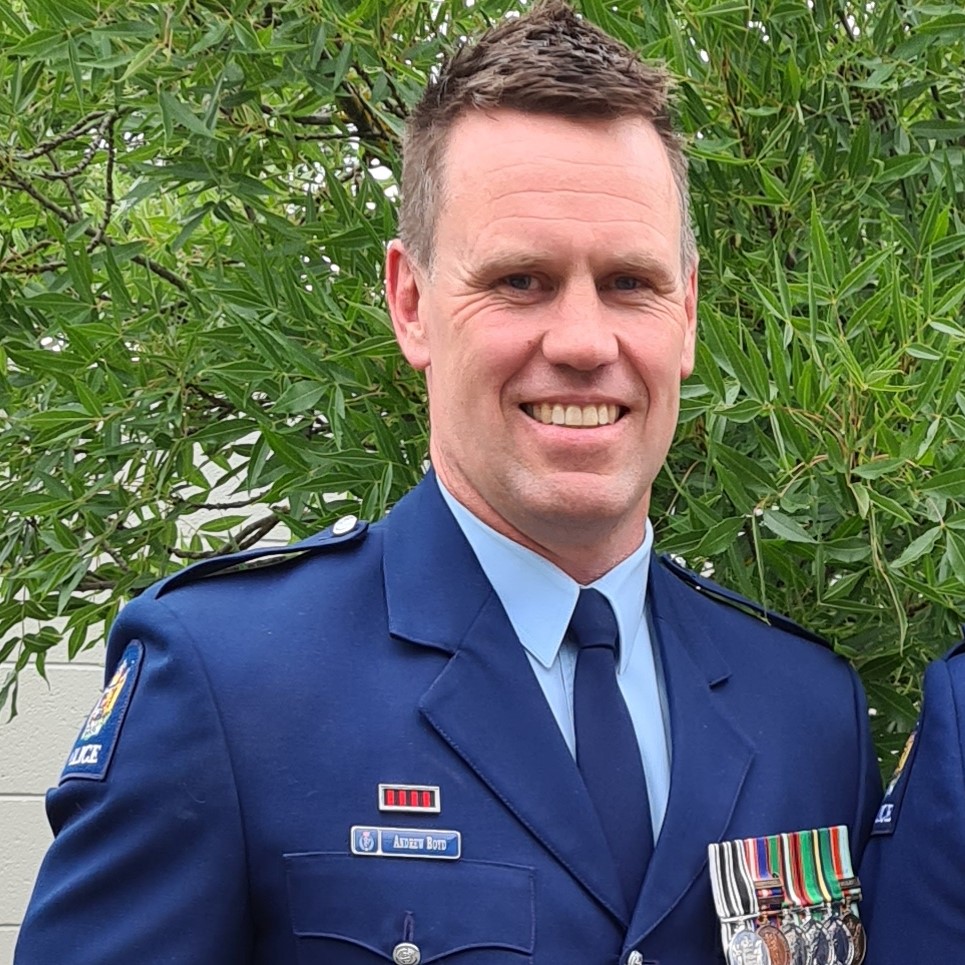 Andrew spent much of his childhood in the swimming pool, and in High School he competed nationally, as a rep for  Hawke's Bay.
He spent ten years serving in the Royal New Zealand Navy.  He went on many deployments overseas to war zones, one highlight of his career was spending six months peacekeeping patrolling the province of Bamian in Afghanistan.
In 2008 Andrew returned to Napier with his family and joined the NZ Police. After three years on the front line he joined the Criminal Investigation Branch (CIB) and is currently working as a Detective in the Child Protection Team.
Andrew sees the positive influence BBBS has on the tamariki in our community and the difference the programme can make in all ‘our futures’.​

Heidi has a degree in Business and Marketing but has been working with children for the past 20 years in a variety of roles. Her son and daughter are young adults now so she would like to focus on supporting other children so they can grow into healthy, happy adults. Before immigrating from Germany to New Zealand she taught children English and was on the committee running a private school for bi-lingual children.

In New Zealand Heidi worked as a part time librarian and teacher aide at a Primary School while studying homeopathy, in 2011 she became a Registered Classical Homeopath and has a clinic in Napier.  She is also an executive member of the NZ Council of Homeopaths. Through her clinical work with children, teens and adults Heidi understands the importance of giving children as early as possible support, confidence, trust and friendship to become the best they can be​. 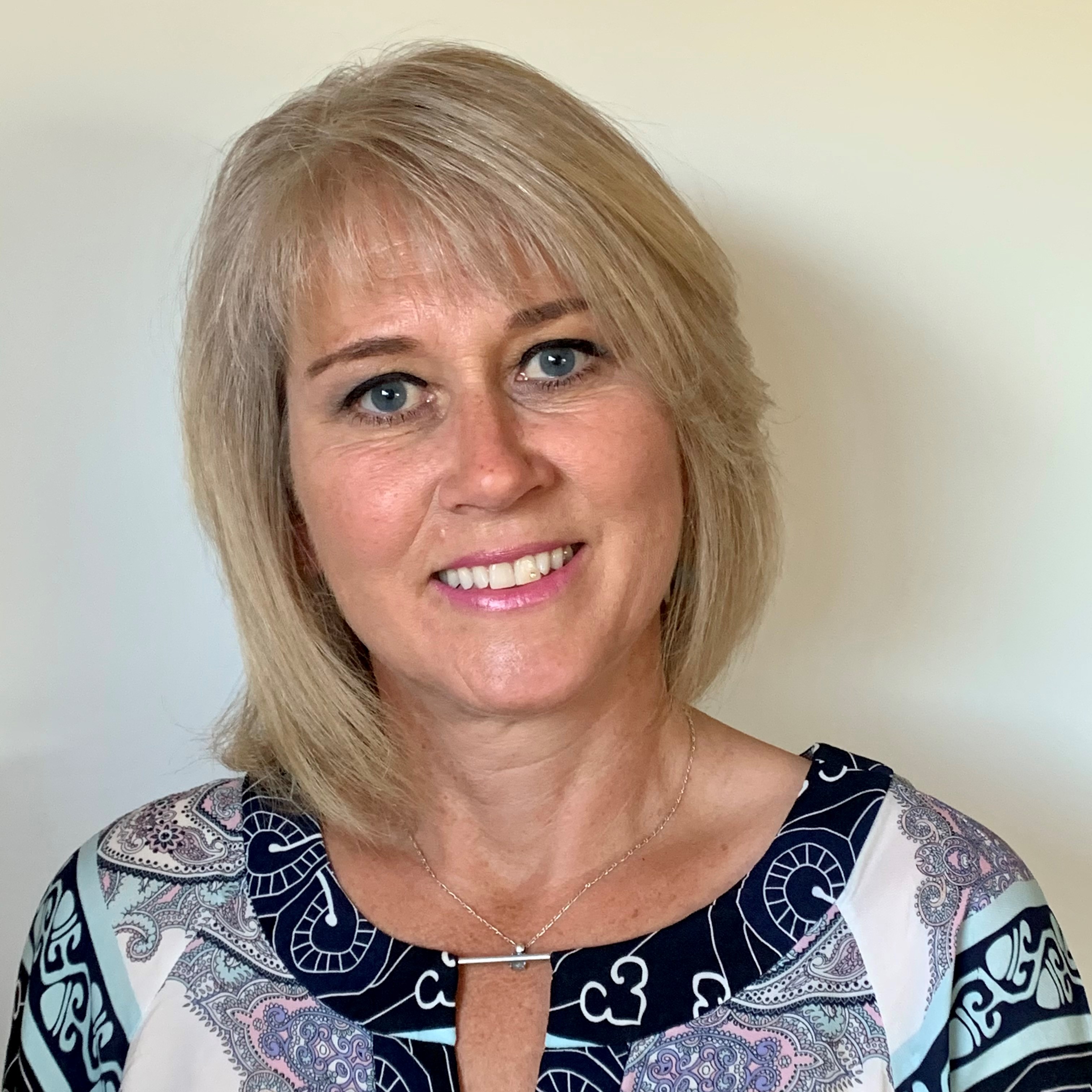