The Centre for Addiction and Mental Health (CAMH) have released the first results of one of the largest mentoring studies ever conducted. The five-year study, which tracks the experiences of almost 1,000 children and teenagers registered with Big Brother Big Sisters agencies across Canada, found that those with a mentor are significantly more confident in their academic abilities and considerably less likely to display behavioural problems. The research not only confirms that mentoring changes the trajectory of young lives, but provides insight that will profoundly impact Big Brothers Big Sisters mentoring programmes for years to come.

One stand out finding is that girls in the study with a Big Sister were four times less likely to bully, fight, lie or express anger than girls without a mentor. “This ground-breaking research confirms that mentoring changes the trajectory of young lives,” says Bruce MacDonald, president and CEO of Big Brothers Big Sisters of Canada (BBBSC). “The findings will have a profoundly beneficial impact on our mentoring programs.”​

Girls with a Big Sister are two and a half times more likely to be confident in their academic abilities.

Boys with a Big Brother are two times more likely to believe that doing well academically is important and that school is fun.

Boys with a Big Brother are two times less likely to bully, fight, lie, cheat, or lose their temper.

These current findings are just a small sample of what will be released in the months and years to come. Each new release of findings will further illuminate the extent to which mentored children do better; why mentored children do better and Big Brothers Big Sisters agency practices that lead to the most successful mentoring relationships. The study was conducted by a team of academics led by Dr. David DeWit, a senior research scientist CAMH in London, Ontario, and Dr. Ellen Lipman, a psychiatrist and Professor at McMaster University in Hamilton. The research was made possible by a $1.7 million grant from the Canadian Institutes of Health Research (CIHR).

“We showed that the positive findings held regardless of the children’s age, personal history, family circumstances or cultural identity,” explained DeWit. “Over time, Big Brother Big Sisters agencies will be able to counsel mentors on how best to engage with their ‘Little’ and will make it easier to identify the children most likely to benefit from having a mentor.” “When the findings of this research are fully understood, we expect that virtually every aspect of how we approach, design and maintain our mentoring relationships will be impacted,” says MacDonald. “The work of the project’s outstanding team, so ably led by Dr. DeWit and Dr. Lipman, will benefit children and teenagers in every region of Canada for generations.” “We recognize that the work of Big Brothers Big Sisters of Canada has played a crucial role in the lives of many young Canadians,” says Dr. Anthony Phillips, Scientific Director of the CIHR Institute of Neurosciences, Mental Health and Addiction. “CIHR is pleased to support research that provides communities with information about youth mental health and healthy development in society.” 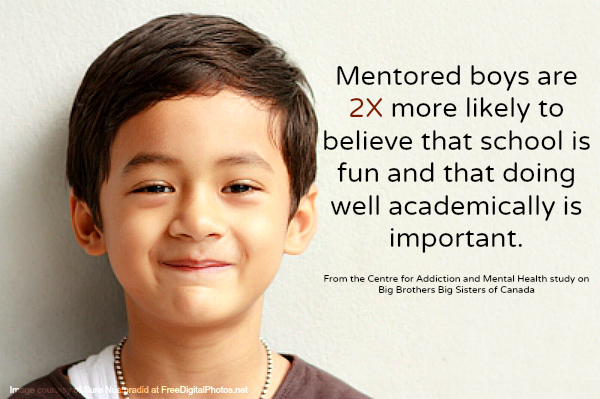 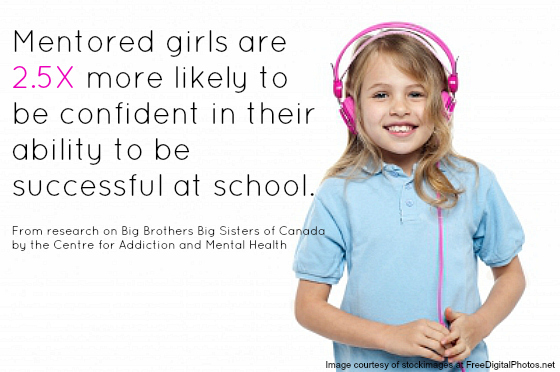